Successfully achieving funding underscores the importance of investing in coastal resilience strategies in an urban area that will make the greatest impact for surrounding communities. 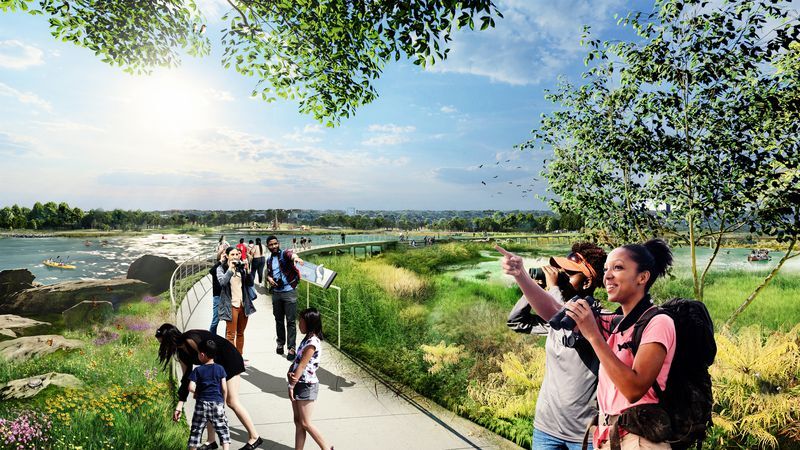 Cleveland Metroparks recently received funding for designs articulated in the Cleveland Harbor Eastern Embayment Resiliency Study (CHEERS). The plan was developed by WRT in collaboration with KS Associates and Great Ecology and was unanimously approved by the Cleveland City Planning Commission in October.

CHEERS outlines both short-term and longer-term interventions along the lakefront, introducing new parkland and habitat along the eastern shore of Lake Erie to improve the physical, ecological, and social resilience of the shoreline, adjacent neighborhoods, and the larger community.It envisions returning the hardened edge of Cleveland’s east side lakefront to a natural shoreline with places for people and nature. Dredge from the Cuyahoga River will be used to create 76 acres of parkland, enhance in-water and nearshore coastal habitat areas, mitigate the impacts of the highway on existing parkland, protect infrastructure, and create a sheltered embayment where visitors can safely access the lake. 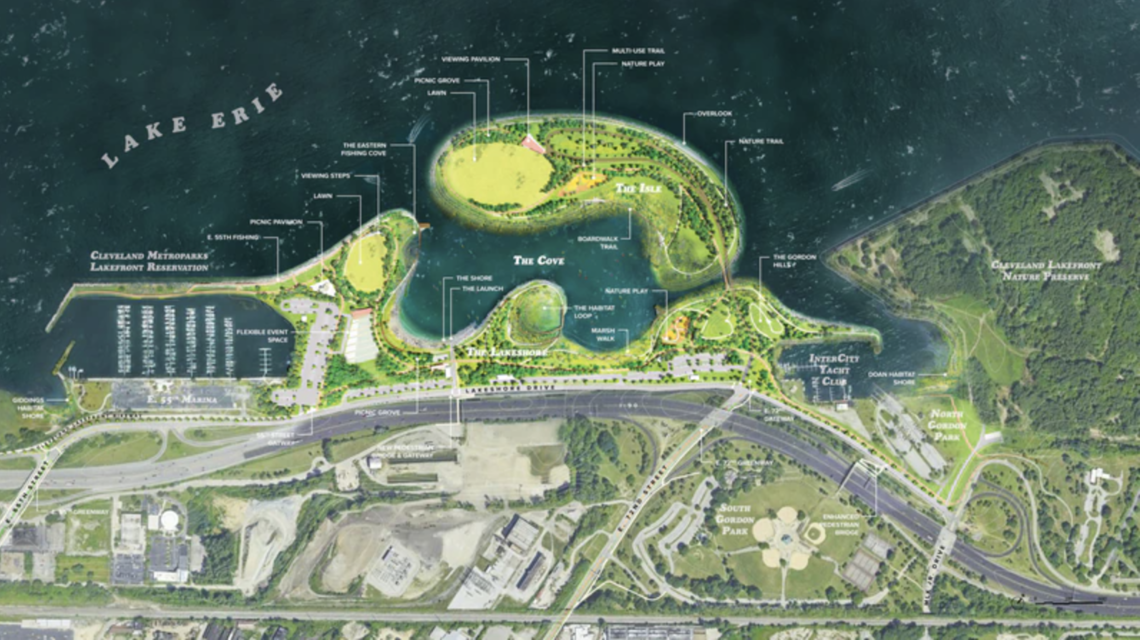 The eastern lakefront sits at the intersection of social vulnerability, storm hazards, and environmental risk

The eastern lakefront sits at the intersection of social vulnerability, storm hazards, and environmental risk. Based on the 2015 Cleveland Climate Resilience and Urban Opportunity Plan, Cleveland is expected to see an increase in temperature of 4 degrees by 2070, more intense heat waves, more frequent and intense storms, an increase in heavy precipitation, and longer freeze-free seasons.

And the communities on the east side of Cleveland, where the CHEERS study area is located, have the highest degree of social vulnerability. This area has the largest percentage of residents living in poverty, the third highest percentage of minority residents, and the third lowest owner-occupied housing rate (NEO Storm Hazard Vulnerability Study).

WRT joined the 'The Bird Nerds', a group of student birders, on a walk around the lake to learn how they engage with the coastal habitat.

During the year-long planning process, the project team engaged over 1,500 community members and stakeholders. The planning process kicked off at the beginning of the coronavirus pandemic, which required adjusting plans, tools, and strategies to reach communities adjacent to the lakefront and beyond. Community engagement and coalition building were critical components of the planning process and essential to the creation of a community-driven resiliency plan.

The lakefront is one of the most significant natural and cultural assets for adjacent neighborhoods as well as the city at large. The process was structured to ensure that current users and communities were involved in every step of the decision making to shape the future of the lakefront.