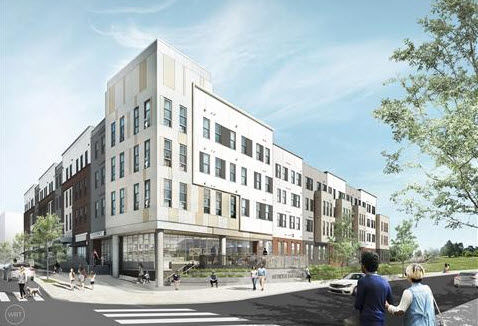 Phase I’s four-story, 96,700 square-foot mixed-use, mixed-income building houses 75 apartments, 23 of which serve as replacement units for residents that are displaced from the existing apartment buildings that will be torn down; 37 units are affordable units, and the remaining 15 will be offered at market rate. The building also includes 6,500 square feet of ground floor commercial space. Phase I is scheduled to break ground in June.