WRT has announced that Jared Edgar McKnight, Associate AIA, and Architectural Designer at WRT, has been awarded the AIA Pennsylvania Associate Award for 2015. 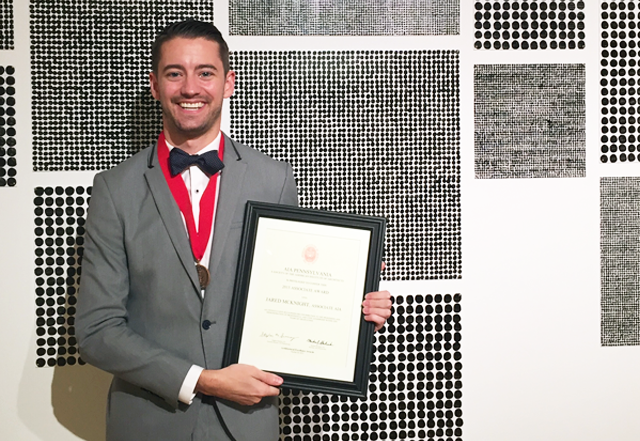 Jared was nominated for the award by Antonio Fiol-Silva, Principal at WRT. “It is a true delight to work with Jared, his talent and unwavering work ethic is matched by a deep passion for the profession of architecture. Those attributes are amply evident in his outstanding service to AIA Philadelphia, other professional organizations and extend to the community at large,” said Fiol-Silva.

In recognition of his volunteer efforts and commitments to AIA Philadelphia, Jared was named the recipient of the the 2013-2014 AIA Philadelphia Volunteer of the Year Award. Jared also served as the Exhibit designer for the 2013 “Philly Green” Sustainable Design Exhibit at the Philadelphia Center for Architecture during Greenbuild 2013 and was a finalist for the 2013 AIA Philadelphia American Academy in Rome Affiliated Fellowships provided by the William Penn Foundation.