WRT is a finalist for “Reimagine the Canals”, an international design competition to generate implementable ideas for the next century of the New York State Canal System. 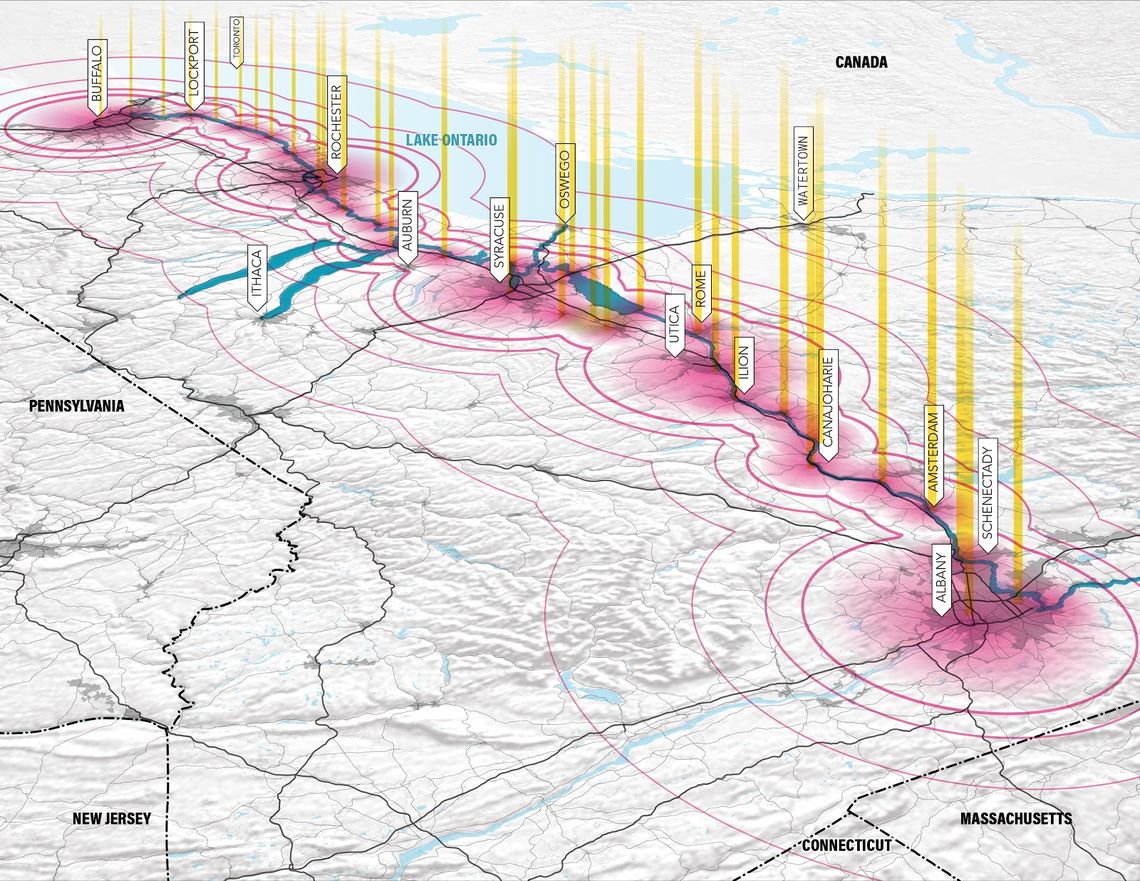 According to the competition’s website, “the Competition seeks visionary ideas for physical infrastructure projects as well as programming initiatives that promote the sustainable economic development, heritage and historic values of the Canal System, the canal as a tourist destination, and the long-term  financial sustainability of the Canal System.”

NYPA, which began controlling the canal system earlier this year, decided to launch the contest as part of a strategic planning process focused on preserving the long-term vitality of the Canal System.

The team’s proposed concept was selected from a pool of 145 entries from nine countries.

“I’m excited to be part of a team that has both national and international presence, as well as deep roots in Upstate New York,” said WRT’s Principal Keiko Tsuruta Cramer, PLA, ASLA. “We’re looking forward to working with local partners to deliver a project with impact that helps the Canal System regain its former glory as a cultural icon.”

In Stage Two, a jury of experts will assist NYPA and the Canal Corporation by recommending one or more winners to receive awards for project  implementation. Awards will be based on the proposed implementation costs for each winning project.

There will be a public announcement of the winning team or teams in September 2018.