Architect (ar-chi-tect) 1. The Rich, Sensitive Artist 2. The Underappreciated, Creative Professional (All that glitters is not gold!)

The architect is the idealistic protagonist for television and cinema. The world has a general idea of what we do, yet knows very little about the specifics. If the lead could be considered intelligent, sensitive, passionate, and an overall great catch (see Joseph Gordon-Levitt's character in "500 Days of Summer"), they will likely be, or try to become, an architect. While our profession does indeed have plenty of great catches, it involves lots of hard work behinds the scenes—a not-so-glamorous detail the big screen conveniently leaves out.

The drafting table is a favorite staple accessory to any television architect's office. Most of the office spaces depict everyone slaving away with t-squares and protractors, which is about 30–40 years behind modern office operations of advanced computer technology.

Architects make a lot of money is probably the most frequent misconception shown. This is the reason Mike Brady could support a family of eight plus a maid on his salary. Yes, there is a minority percentage who make the big bucks, but the majority do not. This is only amplified considering architects are usually spoken of on the same level as doctors and lawyers, whose average salaries far exceed those of our profession.

Not all great catches are men. With few exceptions, Hollywood depicts the architecture profession as male dominated. This is statistically true, with only 13.3 percent of all professionals being female. However, the trend is changing as women now make up half of all architecture students in the country. 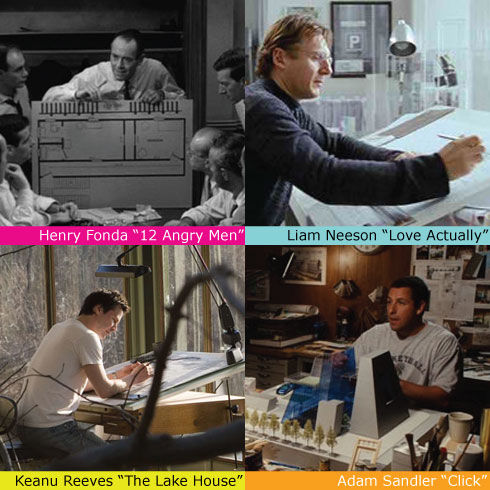