After twenty years of HOPE, Choice might be a winner.

In response to an increasingly distressed public housing system, HUD launched the HOPE VI program in the early nineties. Originally intended to help eradicate concentrations of poverty and revitalize the country’s worst public housing projects, the program aimed to create economically viable, mixed-income communities that were pedestrian-friendly and addressed the economic and cultural context of a given city. Instead of high-rise towers, a low-rise model of row and townhouses with front yards was adopted, offering residents direct access to the street and surrounding neighborhoods.

Detractors of HOPE VI have criticized the program’s emphasis only on housing, and have argued these projects do not satisfy the needs of the displaced population, nor generate the economic opportunities necessary for true neighborhood transformation.

In 2011 HUD introduced the Choice Neighborhoods Initiative. This new program holds that the creation of a vibrant, healthy and successful community (in place of concentrated poverty and blight), cannot be achieved through new housing alone. Instead, CNI seeks to combine affordable and mixed rate housing with expanded supportive services and increased educational opportunities, by creating partnerships among a wide spectrum of community stakeholders. 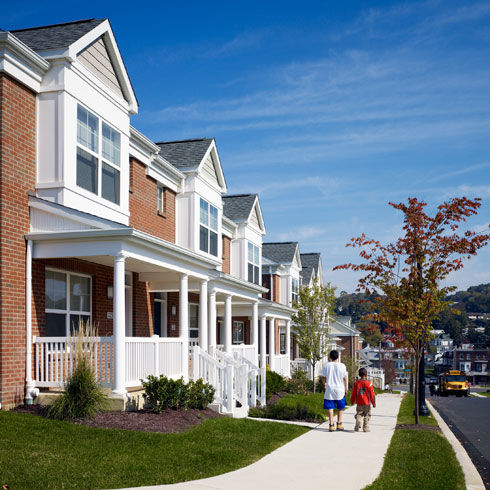