How many functions does your street have?

Streets are more than simply utilitarian. Yes, they carry vehicles, provide access to properties, and serve as corridors for infrastructure and services; but a street is something more than that. In large measures, streets constitute the public realm in the city. They are places for leisure, places to meet people, neighbors, and strangers alike. They are places to socialize, for political purposes, to celebrate, and to express anger.

Streets perform many apparently invisible, but very important roles. First, streets can improve safety. Jane Jacobs was the first to point out the importance of having ‘eyes on the street’. Second, well designed streets can assimilate diversity in land uses, building types, modes of transportation, and the people who use it. Diversity is a true hallmark of a street’s ability to be socially just and become a democratic space. Third, and perhaps the most important role that streets play is to form a network. Close knit network of streets that define small blocks encourage walkability as well as improve accessibility and creates choice.

It was Jane Jacobs’s ‘The Death and Life of Great American Cities’ that first brought forth the importance of streets as social spaces. Allen Jacobs in his book ‘Great Streets’ has analyzed many of the roles, characteristics and ways to physically design great streets that can perform the plethora of roles to become the stage for the urban ballet Jane Jacobs talks about. 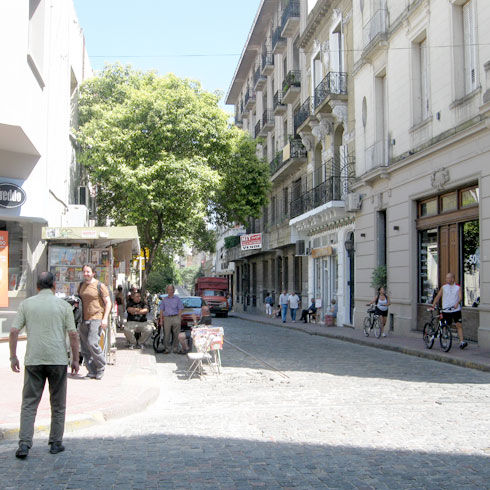