Won't You Be My Neighbor?

Whether it is Mr. Rogers' Neighborhood or your own 'hood, there are many factors that define neighborhoods of Choice.

Hubert H. Humphrey once said, "The impersonal hand of government can never replace the helping hand of a neighbor," which reflects an ongoing shift in Federal policy towards vital, community-driven, mixed-income neighborhoods. In 1992, a clear sign of this shift came in the form of HUD's HOPE VI program, which marked a sea change in public policy for affordable housing. Now known as Choice Neighborhoods, and unlike previous government actions, this policy shift garners bipartisan support because its goals address the challenges of poverty at the environmental, social, and economic levels. As part of the White House’s Neighborhood Revitalization Initiative, it prioritizes empowerment of local actions in education and healthcare access, public-private partnerships, and designing for "neighborliness."

As one travels across the country and asks people to describe their city, many proclaim that they are a "city of neighborhoods." They say this as if no other city has such a great collection of neighborhoods, but in fact this is the definition of a city or a town. What drives people to be so proud of their neighborhoods, whether affluent, not, or mixed 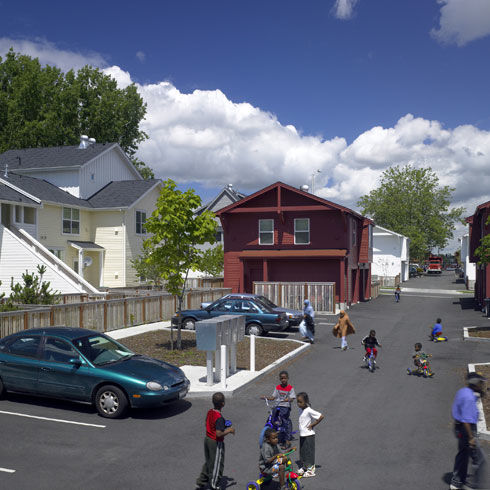 income, is a sense that they share the same values. Whether it’s education, cultural ties, or diversity, our collection of neighborhoods reveals how we as a people choose to settle and socialize in a place. As the old, Russian proverb goes, "[We] don't buy the house, [we] buy the neighborhood." Why? It's a matter of Choice.