Supersized parks for the new millennium.

Imagine: New parks so big they can change a region.

Now, what shall we call these places? Let's look to the field of ecology's term "charismatic megafauna," the name for big species, such as gorillas and elephants, whose identity transcends their habitat. Accordingly, this ambitious new "species" of parks for the new millennium can be called Charismatic Megaparks.

Since the urban park "bloom" of the late 19th and early 20th centuries, never have so many new, major municipal parks—megaparks—been developed. Why is this? Are communities deciding that open space is their best and most economical agent of change for the better? Costing tens of millions and attracting unprecedented attention and spinoff investment,

these parks bring together civic ambition, quality of life, and development opportunity, along with environmental and cutural values. Parks in New York, Los Angeles, and Memphis—as well as WRT's work in Dallas, Louisville, and Birmingham—are reshaping city life and helping to change destiny.

Not without controversy, the question remains whether megaparks will drain resources from established park systems...or if they will be part of the rising green tide that floats all parks. 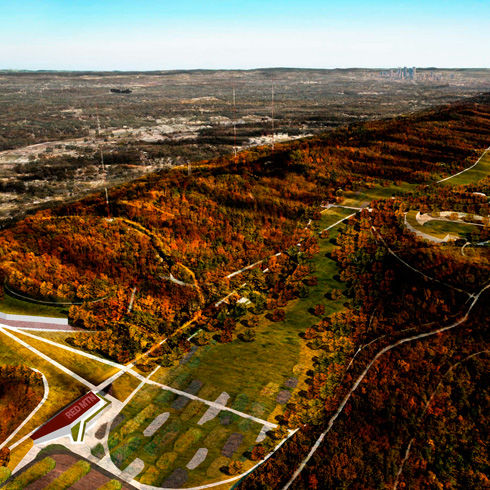