GreenPlan Philadelphia established a framework and strategic direction, created decision tools, and provided a compelling vision to guide the implementation and provision of parks, open space, and trails within the City of Philadelphia. Considered one the most progressive plans in the nation, GreenPlan Philadelphia provides an integrated and sustainable approach. Targets include a complete bicycle network, 30% tree cover, ensuring all residents live within a half-mile from a major trail, and establishing 10 acres of parkland for every 1,000 citizens.

The plan’s ambitious goals were based on a thorough evaluation of resiliency, fiscal impact, and social equity. All actions were identified as one of eight typical green infrastructure interventions, which were evaluated to characterize specific benefits to the city. These elements included trees, trails, renewable energy, external building elements, wetlands, meadows, and urban agriculture.

WRT worked closely with city agencies and stakeholders to establish the best practices integrated in the plan. The final product serves as a tool to secure additional funds, forge new collaborations, and strengthen existing partnerships to acquire land and construct additional parks and trails.

Subsequent initiatives include the $500 million Rebuild Project, which seeks to direct funding for improvements to the city’s most underserved neighborhood recreation centers, parks, and libraries. The recent preponderance of pop-up park installations, within neighborhoods and along the rivers, are having a significant impact towards raising awareness of Philadelphia's green infrastructure assets. 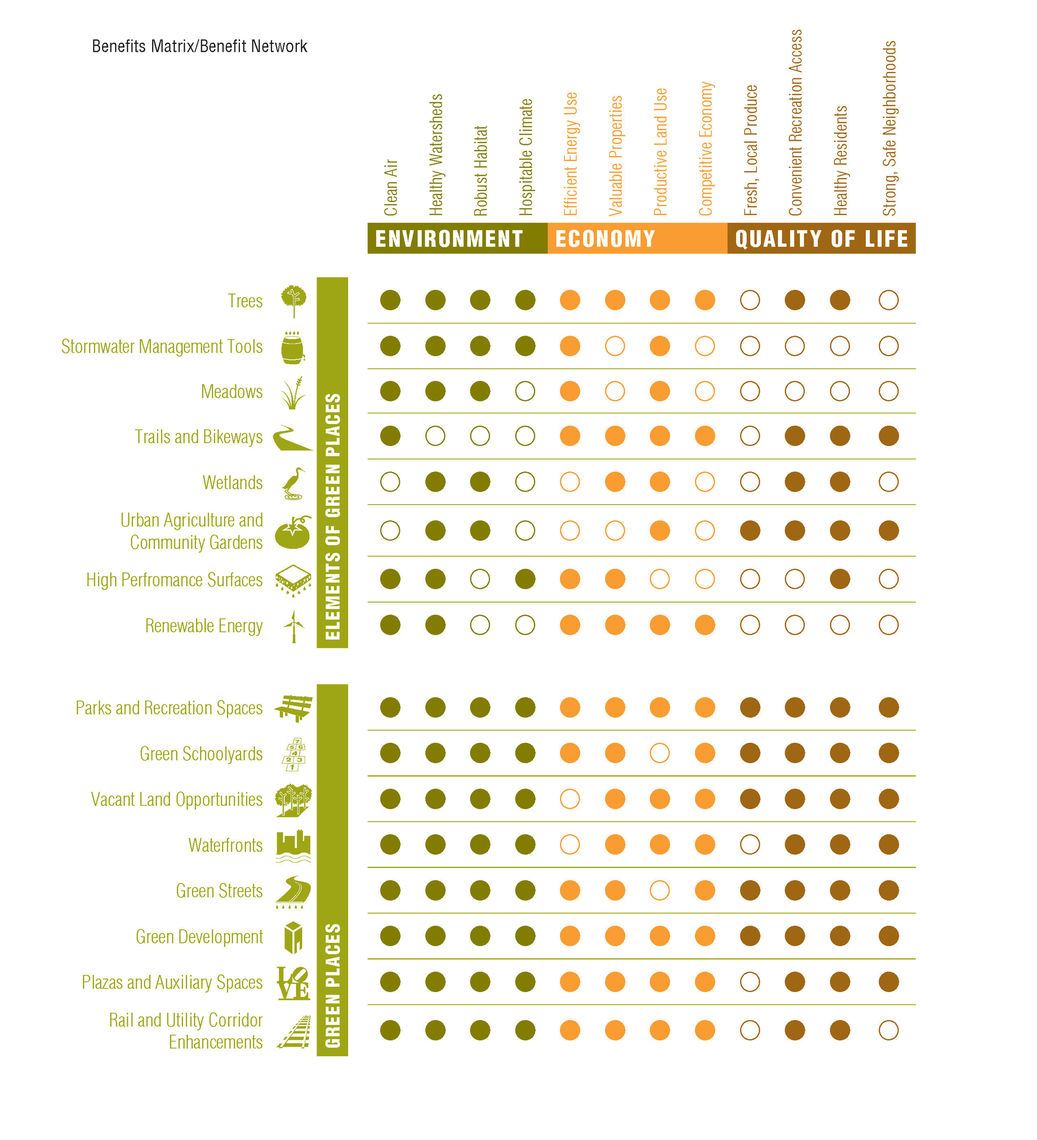 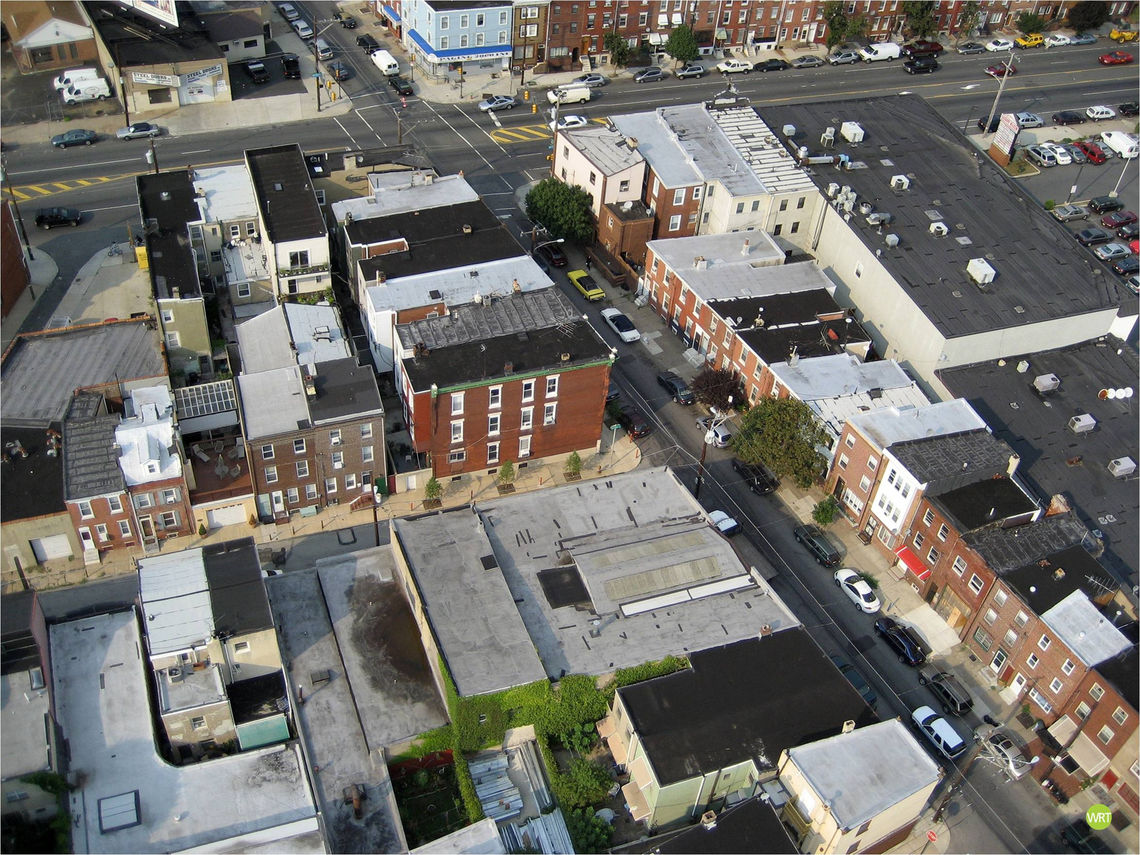 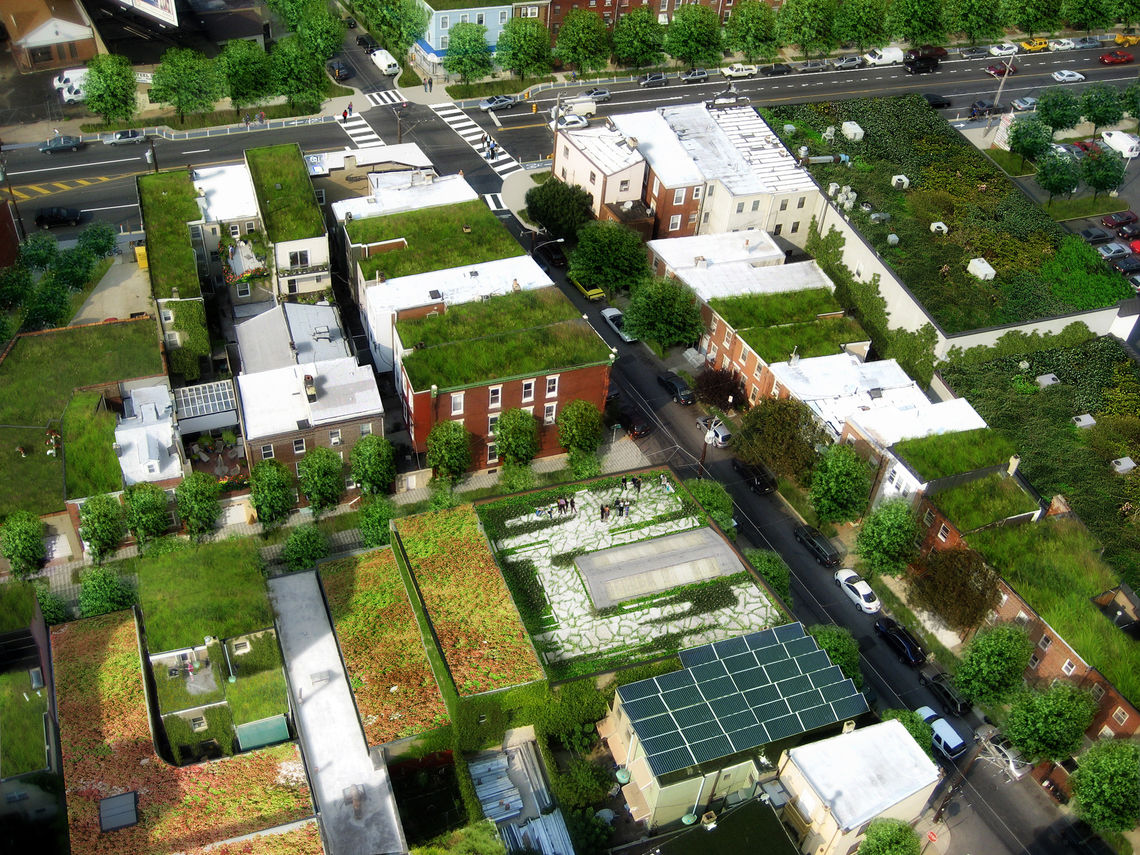 GreenPlan envisions rivers lined with vibrant development and necklaced with greenways, trails, and natural preserves—places that nurture wildlife and restore fish as they clean the air we breathe and the water we drink. 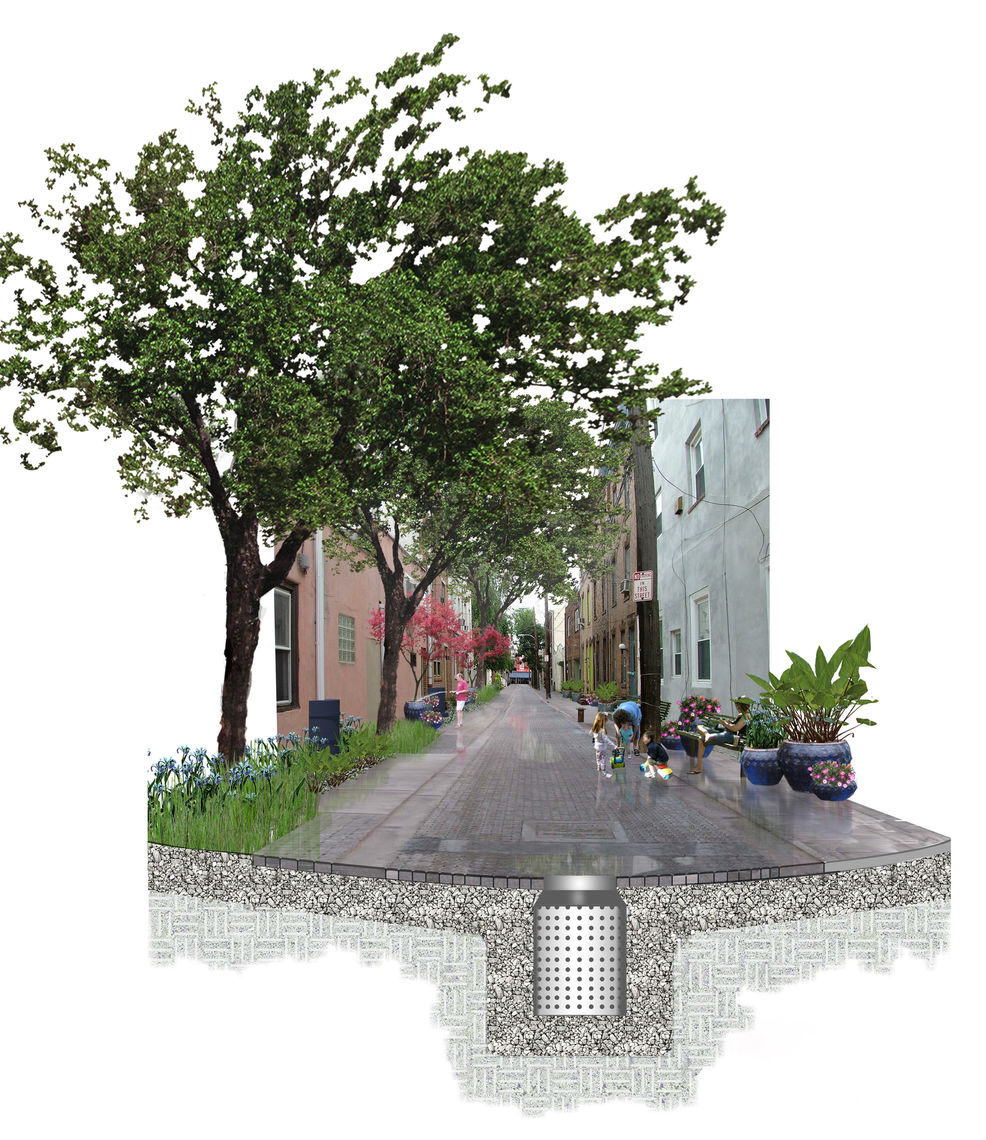 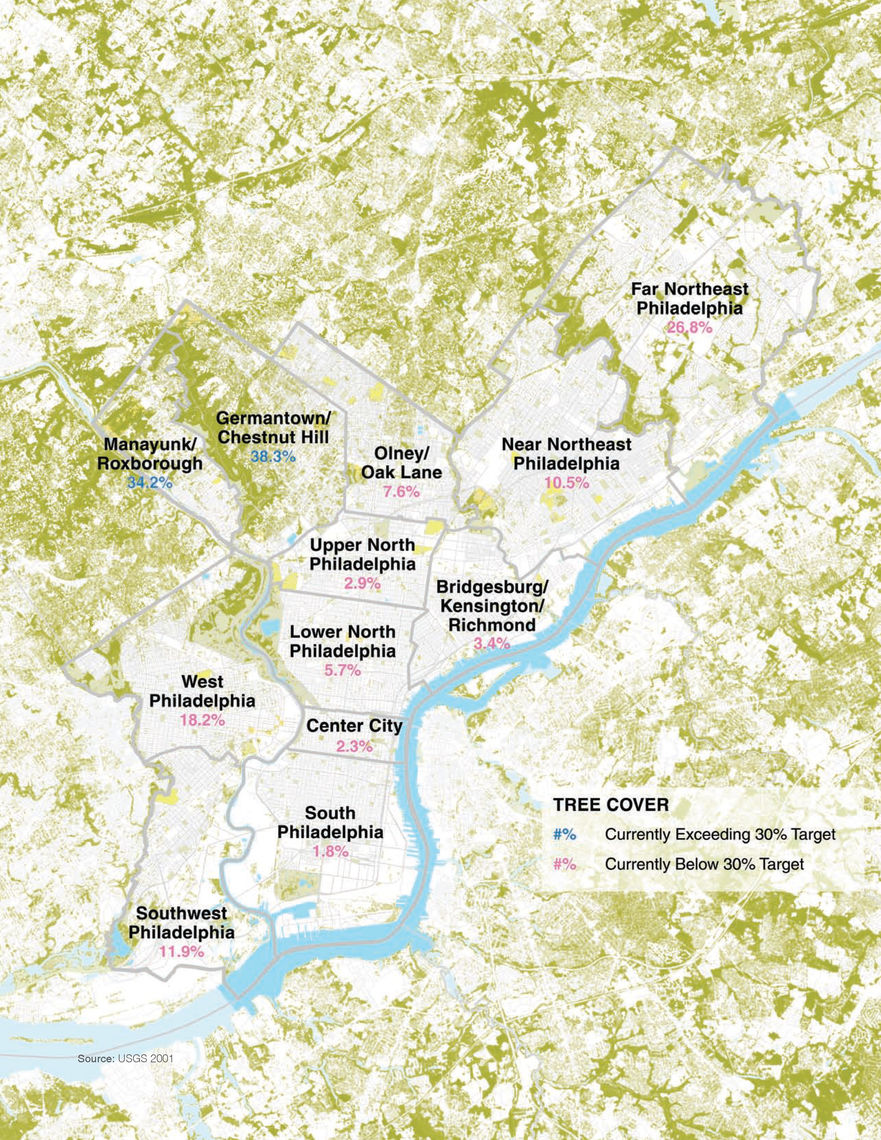 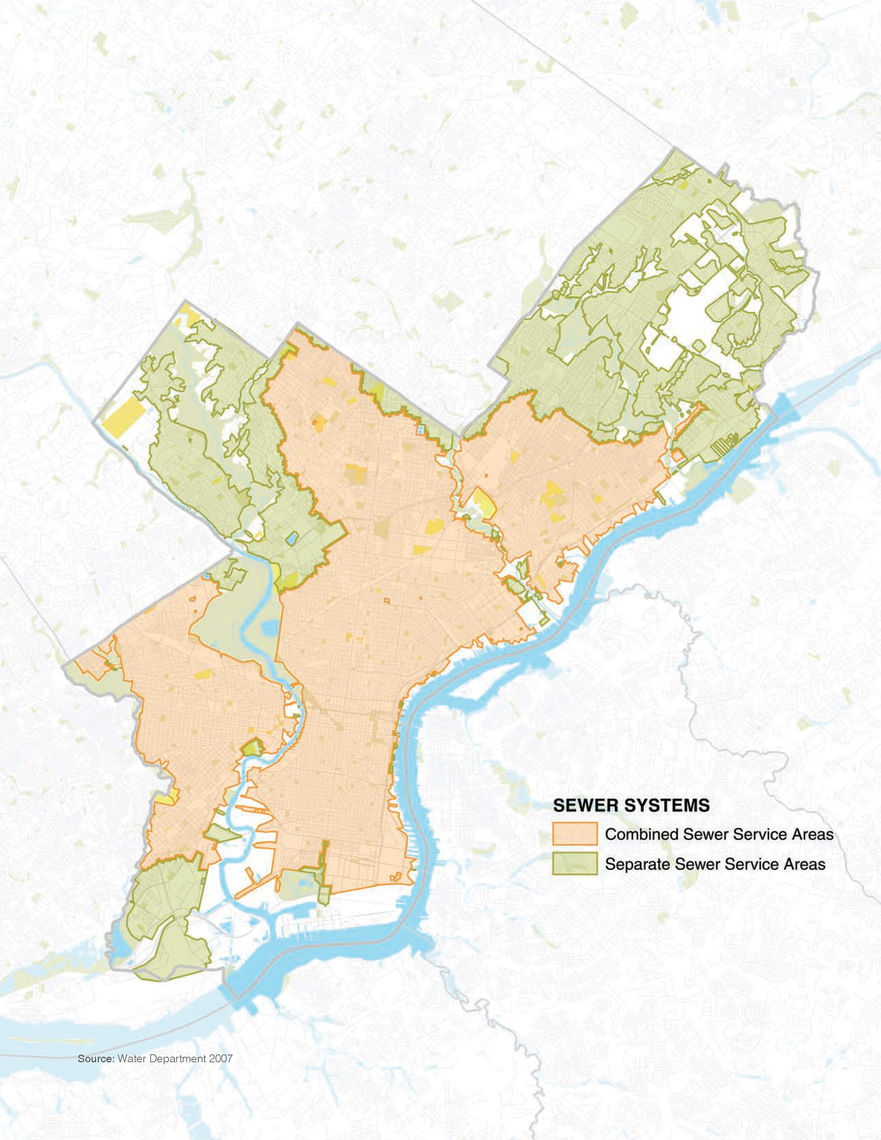 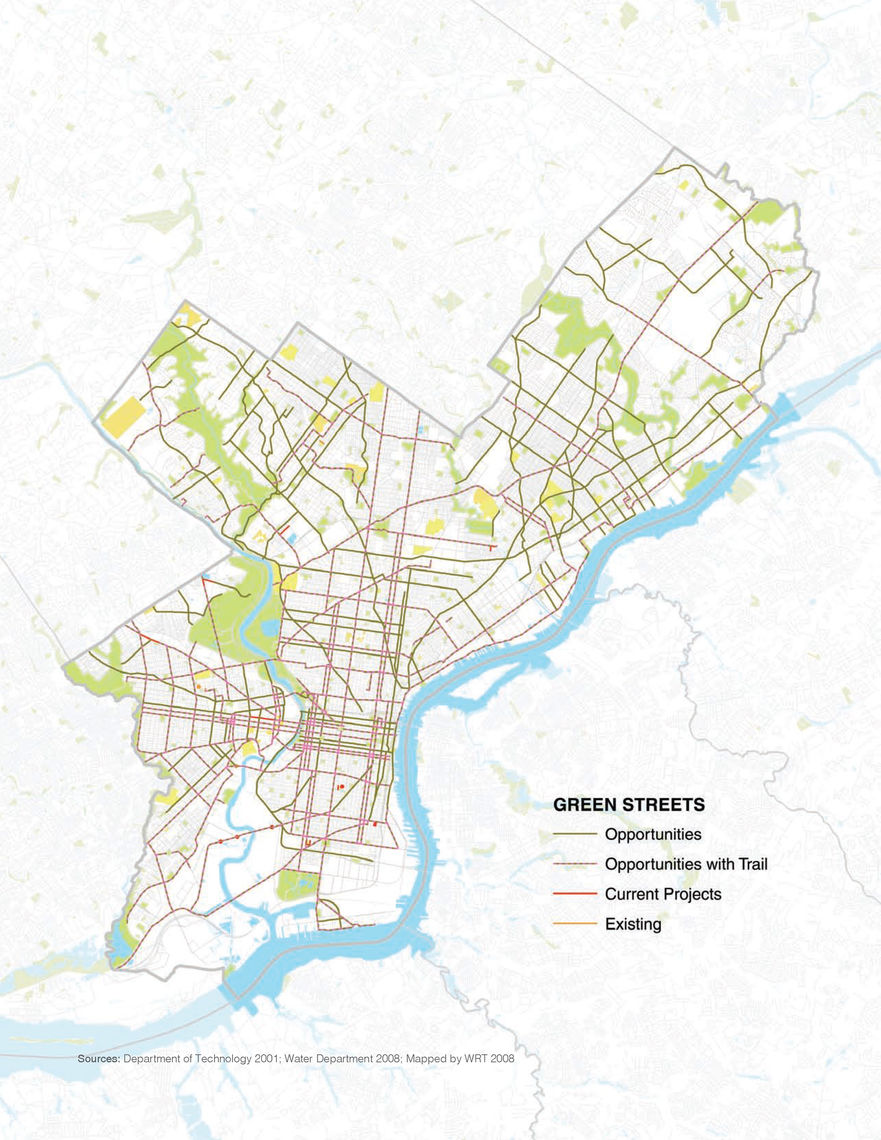 Working alongside communities, we shape aspirational yet implementable plans ranging in scale from neighborhood and district plans, to regional and citywide plans, to park and resiliency master plans. 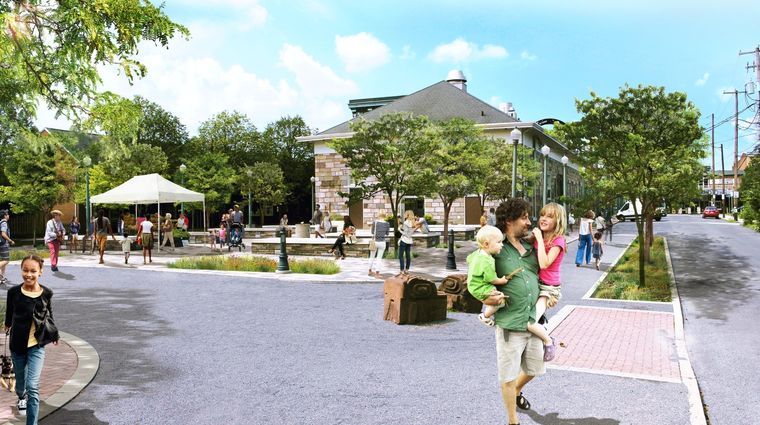 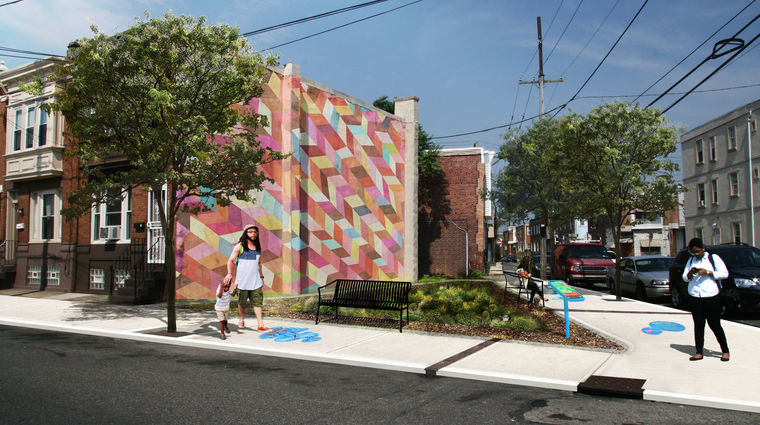